Hafren or Sabrina. Hafren is the Welsh Goddess of the river Severn and her Latin name is Sabrina. Geoffrey of Monmouth tells her story. A legendary married king of England fell in love with Elfridis who gave birth to a beautiful daughter, Hafren. The king’s jealous queen killed him in battle and ordered Hafren and her mother to be thrown into the river. Hafren then became a goddess of healing and gave her name to the river Severn. Geoffrey also tells the story of three sisters, who were water spirits, meeting on the windswept slopes of Plynlimon to discuss the problem of finding the best way to the sea. The first decided to take the most direct route, and headed westward, becoming the river Ystwyth. The second loved the landscape and made her way through hills and valleys, becoming the river Wye. The third decided against short cuts and took 180 miles to reach the sea passing through many cities and never being far from people. She became the river Severn.

The name Severn is thought to derive from a Celtic original name *sabrinn-â, of uncertain meaning.[5] That name then developed in different languages to become Sabrina to the Romans, Hafren in Welsh, and Severn in English. A folk etymology later developed, deriving the name from a mythical story of a nymph, Sabrina, who drowned in the river.[6] Sabrina is also the goddess of the River Severn in Brythonic mythology. The story of Sabrina is featured in Milton’s Comus.[7] There is a statue of ‘Sabrina’ in the Dingle Gardens at the Quarry, Shrewsbury, as well as a metal sculpture erected in 2013 also in the town.[8] As the Severn becomes tidal the associated deity changed to Nodens, who was represented mounted on a seahorse, riding on the crest of the Severn bore. The story of Sabrina’s death, as we shall see later, can be read in the light of Eliade’s comment. The river not only spells Sabrina’s death in this world, but also (according to Milton at least) a transformation and rebirth into another form of life – as the tutelary goddess of the river. All this links in with cycles of the year, and of flood and drought, which make rivers important for the fertility of the land, as I shall explain shortly.

The story, according to Geoffrey of Monmouth at least, concerns the King of England, Locrinus, who is one of the sons of the Trojan Brutus who is supposed to have founded Britain. Locrinus leads an army to the north of England to defeat invading Huns who have already defeated his brother, Albanactus, in Scotland. With the invaders routed, Locrinus falls for one of the prisoners he has taken, a German girl called Estrildis, whom he wishes to wed. However, Locrinus is already promised to Gwendolen, daughter of Brutus’s second-in-command, Corineus. Corineus, battle-axe in hand, forces Locrinus to honour his word and marry Gwendolen, but the king keeps Estrildis as a mistress in an underground dwelling in New Troy. Pretending that he is making sacrifices to the gods, Locrinus visits his lover for seven years, and in due course she falls pregnant and bears him a daughter by the name of Habren. When Corineus dies, Locrinus takes the opportunity to leave Gwendolen and marry Estrildis. Mad with rage, his former queen raises an army in Cornwall and marches against Locrinus, defeating her former husband’s forces and killing Locrinus in a battle near the River Stour (probably the Severn tributary, that joins the Severn at Stourport). Gwendolen then ordered that Estrildis and Habren be put to death, whereupon they are drowned in the Severn. In tribute to the guiltless Habren, she pronounces that the river should bear the child’s name – Habren or Hafren in Welsh, Severn in English, and Sabrina in Latin 25 . Sabrina effectively becomes the genius loci of the river, and may even be a memory of a genuine river goddess. In the seventeenth century, Milton spoke of her in his Masque Comus:

« She, guiltless damsel, flying the mad pursuit
Of her enraged stepdame Guendolen,
Commended her fair innocence to the flood
That stayed her flight with his cross-flowing course.
The water-nymphs, that in the bottom played,
Held up their pearled wrists, and took her in,
Bearing her straight to aged Nereus’ hall;
Who, piteous of her woes, reared her lank head,
And gave her to his daughters to imbathe
In nectared lavers strewed with asphodel,
And through the porch and inlet of every sense
Dropped in ambrosial oils, till she revived,
And underwent a quick immortal change,
Made Goddess of the river … » 26

It is possible that Sabrina’s story retains hints at more archaic themes. I am merely speculating, but the subterranean abode of Estrildis does have certain affinities with Indo-European myths concerning the withdrawal of a goddess within a cave or labyrinth – myths intimately related to the land’s fecundity, and the cycle of death and rebirth. At the risk of seeming rather Freudian, I also suggest the cave may be symbolic of the vulva. Anne Ross notes that the drowning goddess theme has a considerable history, and even when found in more recent folklore « clearly has a considerable ancestry with its possible origins in genuine cult legend. » 27

Tacitus, in his Annals , refered to the Severn as Sabrina in the first century CE, and the name of Hafren is probably Celtic in origin but, like Afon (from which the various River Avons got their name), probably only means « river ». The English name may just be a corruption of the Latin. Geoffrey’s account is a means of creating stories to explain the names and origins of landscape features – but this is not to invalidate the stories as real myths, for it seems likely that he inherited much of his stuff from earlier sources. We will never know whether Geoffrey invented the tale of Sabrina, or whether it existed previously, and quite how it was influenced by Classical sources – but it probably doesn’t matter. No matter where she came from, Sabrina now has a life of her own.

The God of the Severn. The late Romano-British cultic temple at Lydney in Gloucestershire (built upon an Iron Age British site) is dedicated to one Nodens, who is clearly associated with the river. Although the site is now some distance from the Severn, it commands impressive views over the estuary, and the river probably flowed much nearer by during the Roman era.

If anyone is to be picked out as the god of the Severn (as Milton depicted Nereus) it is surely Nodens. His temple was probably a healing centre where people would come to make offerings, and there is also evidence of incubation cubicles where devotees would sleep – perhaps to gain inspiration from their dreams. It is possible that Nodens was invoked as a deity of inspiration as well as healing. A bronze that was found at Lydney depicting a fisherman hooking a salmon has been interpreted as referring to the Salmon of Knowledge, with Nodens playing the role of both the fisherman and the fish.

Nodens himself appears to have been associated with Mars, but it is as Mars the healer and not the warrior, he is also likened to the divine hunter Silvanus. His role as huntsman may explain why a bronze dog was found in the funnel-shaped receptacle in the centre of the temple which seems to have acted rather like a ritual shaft for votive offerings. Ross considers that his name may mean « the Cloud Maker », and may derive from the same source as the medieval Irish hero Nuadu. Nuadu’s epithet of « silver hand » (same as Welsh Nudd = Lludd Llaw-ereint, « Llud of the silver hand ») recalls the find of a bronze arm at the Lydney temple – and it has been suggested that Nodens’ silver arm may refer to the silver waters of the river. 28

Nodens is clearly associated with aquatic matters, and on the mosaic floor of his temple, a crowned Nodens is seen rising from the river in a chariot drawn by four horses, accompanied by Tritons bearing coracle paddles. Also represented at Lydney is a goddess of plenty holding a cornucopia – could this be Sabrina? The discovery of offerings of pins appears to suggest that Nodens may have had a consort to whom the pins were dedicated by pregnant or barren women. 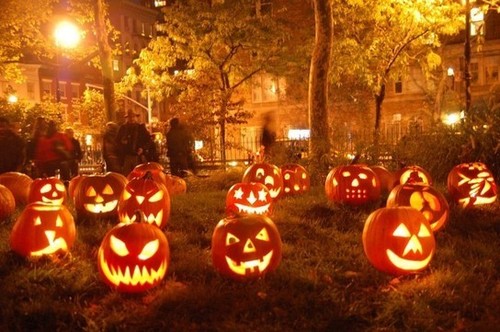